This is a post in the series, Inspiring Women.


To kick off my new blog series, I've chosen someone who is and has been a big influence on my writing: Martha Wells.

Ms. Wells writes Science Fiction and Fantasy. Her first published novel, The Element of Fire, is a total immersion into a new world and a kingdom called Ile-Rien. Her second novel, Death of the Necromancer (which was nominated for a Nebula) is set a few hundred years after her first novel.

These novels are brilliant in ways that I admire. Not only is Ms. Wells willing to relegate the characters of her first novel to mere murky figures of the past in her second novel, she is also willing to make difficult choices about the city, a-la Godzilla running rampant through your beautiful Sim City creation. In Death of the Necromancer, Ile-Rien is a mixture of new technology and stagnation. Not to mention a few of the characters who are odes to Sherlock Holmes characters, but I don't want to give too much away.

To round out the Ile-Rien saga, Ms. Wells wrote a trilogy that takes place several years after Death of the Necromancer. Talk about fearless, Ms. Wells is willing to bomb the city relentlessly and use it as a backdrop for a war that spans not just continents, but worlds. This trilogy is aptly named The Fall of Ile-Rien.


In between the Ile-Rien novels, Ms. Wells has written many stand-alone novels, all excellent, especially City of Bones.

In her newest series, Ms. Wells is fearless once again. She has created another new world, and one species in particular named the Raksura (the series is eponymous). It takes a masterful touch to write about a species so different from humans, and yet so compelling and relatable. Once again, I dislike giving too much away about any creative endeavor, so just let me say that one of the joys associated with reading about the Raksura is to see what customs they have that are wildly different than human customs. The Raksura are fascinatingly and satisfyingly alien, yet within that difference is a kernel of similarity.

Ms. Wells has a blog, and a website. She also tweets and her handle is @marthawells1.

As a fearless writer of Speculative Fiction, Ms. Wells' fiction is difficult to resist. Her style has inspired me to be more fearless in my own writing. 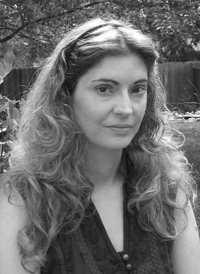